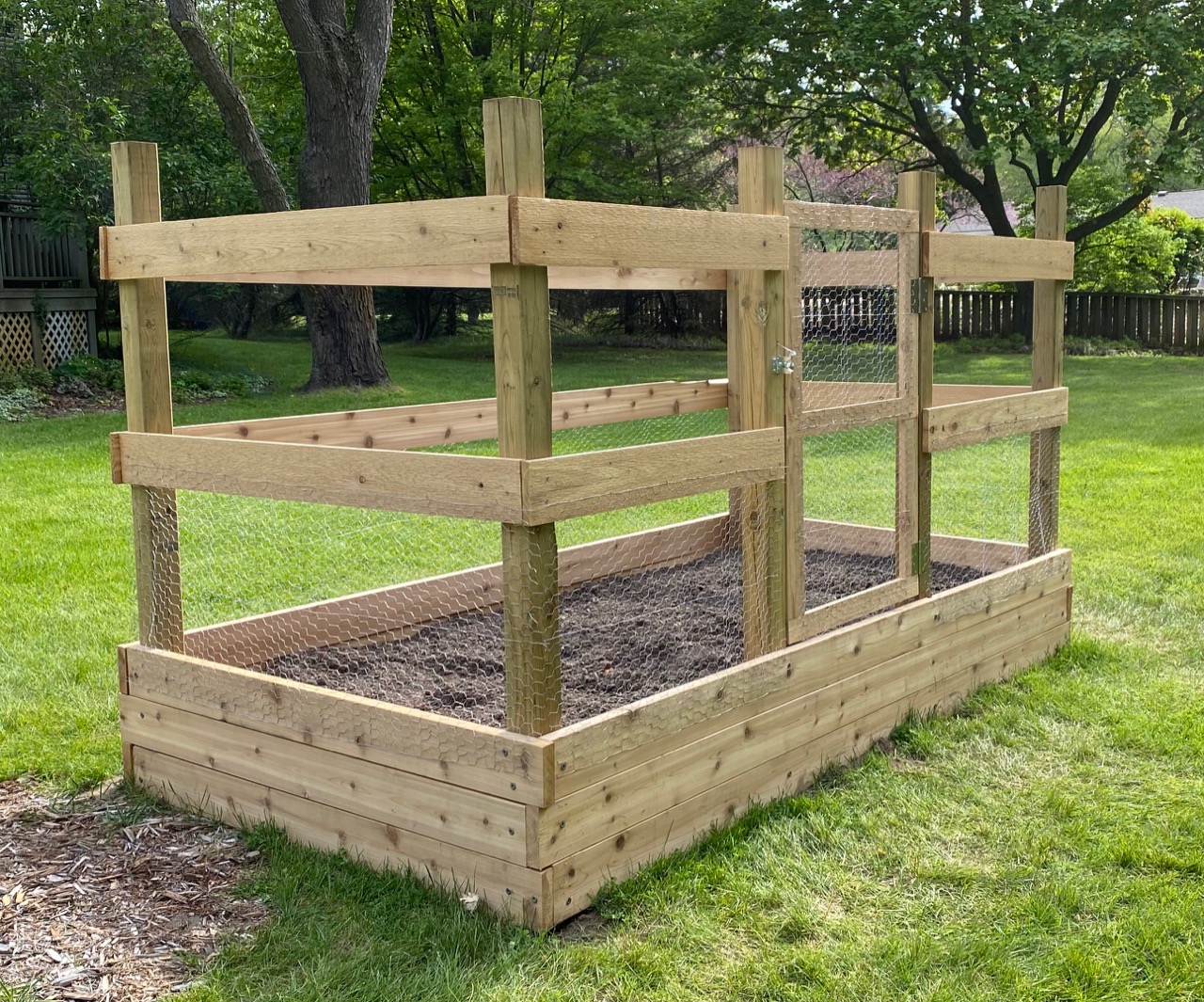 Doug got the tomato house framed in, and I ordered some dirt to fill it: three cubic yards of half garden soil and half compost, to be delivered by dump truck. When I ordered it, they asked if I wanted it dumped at the top of the driveway or at the bottom. Top? Bottom? On a flat driveway? This was news to me. To avoid confusion I said, the end of the driveway next to the garage. That’s where my dirt was dumped, but of course that’s not where the tomato house is. The tomato house is in the middle of the back yard, about 80 feet away, and dirt is heavy. So we called in Rent-a-Rower.

Rent-a-Rower is a fund raising effort by the University men’s rowing team. These guys are strong. They can be hired to do such things as shoveling three cubic yards of heavy dirt into aging wheelbarrows, rolling it 80 feet, and shoveling it out into a tomato house, without breaking a sweat. I hired two of them and they finished with the dirt so quickly, I had them dig up two giant clumps of zebra grass before time expired, even with a pizza break. I always like to have pizza with them and find out what they’re up to at UM, their majors, their areas of interest. As Doug has said of the undergraduates he teaches, they’re all such nice kids, it gives you hope for the future.

The next day Doug started putting up chicken wire, currently at bunny-preventing level, as you see in the photo. There will be another round of chicken wire filling in to block the deer, so he has put a latchstring through the post for me to open the gate when I’m inside. The critters will have to try their luck elsewhere. 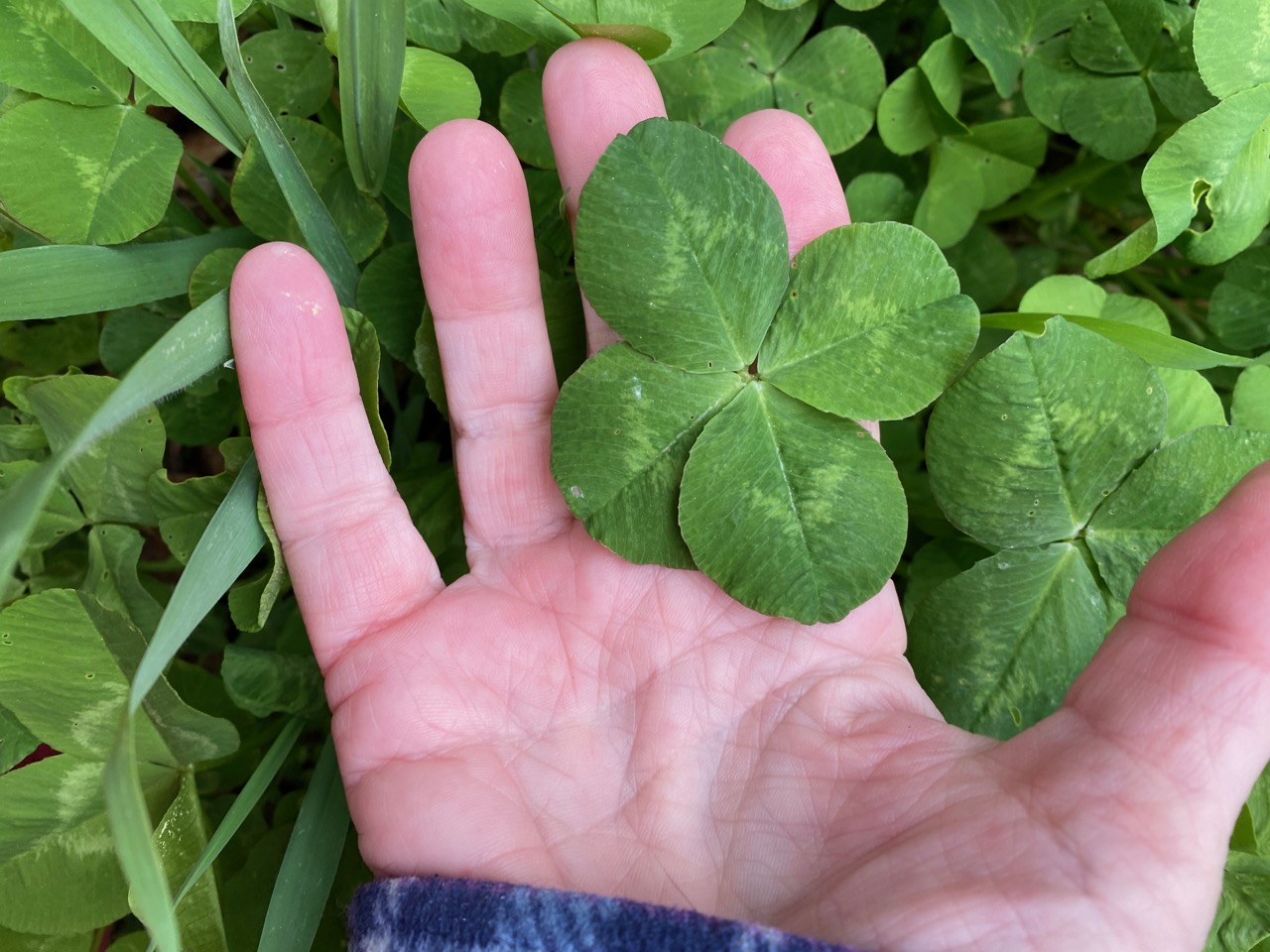 There was also a little dirt left to top up one of the raised beds in the fenced garden. I did some weeding to prepare for that, and found another four leaf clover. A good omen for the garden, for the new tomato venture, for the Rowers, and we hope for the whole world.